Get a crafted itinerary 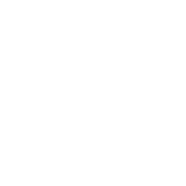 Do I need a visa to go to Costa Rica?

Clients are responsible for obtaining valid travel documents, complying with customs and other regulations of the country to which they are traveling.

Costa Rican Trails accepts no responsibility for any problems related to/and or in obtaining these documents. We recommend carrying a photocopy of your passport at all times while in Costa Rica.

Which areas and how many days do you recommend to visit Costa Rica?

For first time travelers we recommend an 8-day itinerary with the Costa Rican Highlights, which could include Tortuguero, Arenal, Monteverde, Manuel Antonio, Santa Teresa, Papagayo, and Peninsula de Osa.

Where are the International Airports in Costa Rica?

Itineraries can be operated from both locations. Depending on your itinerary, it may make sense to arrive at one airport and depart from the other one.

Are there domestic airports at all tourist destinations?

Domestic airports cannot be found at all tourist destinations.

What are the baggage restrictions on domestic flights?

If you are flying on domestic airlines, it is important to take into consideration that weight limits and sizes apply.

Passengers can travel with one handbag that is not bigger than 20 inches with a maximum weight of 10 pounds.

The size for checked bags must be no bigger than 45 inches and a maximum weight of 30 pounds. However, Costa Rican Trails customers benefit from carrying an extra 10 pounds, which means bags can weigh up to 40 pounds.

For each extra pound there is a USD $1.50 fee, but be aware that overweight is not always allowed.

How long does it take to drive between destinations?

The roads in Costa Rica vary significantly depending on the route that you are traveling. Roads between most destinations are two-lane, paved roads that wind up and around the mountainous terrain throughout the country.

On average from place to place it takes around 3.5 to 4 hours. In addition, there are some destinations that are not fully accessible by road like Tortuguero or Drake Bay, which need a combination of driving and boat or domestic flight and boat.

How do I pay the exit tax when leaving Costa Rica and how much is it?

Departure tax is USD $29, it can be paid at the airport with US Dollars, colones or with credit card. Please note that in some cases the Departure Tax is already included in your airfare, please check with your airline.

Will I need electrical adapters for electronics?

What should I pack for Costa Rica?

When and where can I go Whale Watching?

Costa Rica has the longest humpback whale season in the world as they can be seen nearly year-round on the Pacific side.

There are two species of humpback whales that frequent Costa Rica:

Download our map with the best Humpback Whale Hotspots and Seasons.

When and where can I see nesting Sea Turtles?

The most popular turtle nesting location are Tortuguero from mid-July to mid-October, Playa Ostional May to November, and Las Baulas National Park mid-October to mid-February.

The best time to see them is during the rainy season and during the night.

Download our map with the best Sea Turtle Hotspots and Seasons.

When and where can I go Birdwatching?

Costa Rica is home to one of the highest levels of biodiversity in the world, encompassing six birding ecozones and numerous micro-ecosystems. More than 921 bird species are found in the country, of which 7 of them are native. It is possible to have excellent birdwatching during the whole year.

However, some of the best times to go birdwatching in Costa Rica are February to June when more than 200 species come for breeding, and August to November when they travel North America travel to Central and South America to spend winter.

Birds are highly accessible across the entire territory. You can observe them in the cloud forest, humid lowlands and mountain peaks, dry forest, mangroves, and shore.

Download our map with the best Birdwatching Hotspots and Seasons.

When is the Surfing Season and where can I go?

Surfing season is all year round since it can experienced on both the Pacific side and the Caribbean side.

On the North, Central and South Pacific the best surfing conditions can be found between April through November.

The best surfing conditions in the Caribbean are found from November to April.

The list of beaches where good surfing can be found is:

When and where can I go Fishing?

While there is great fishing all year round in Costa Rica, it is “Catch and Release” fishing. Fishing in Costa Rica requires a fishing license, which can be purchased for approximately $15 per day and up to 8 days.

What do I need to know about Covid-19 for my trip?

For all the details on Costa Rica and Covid-10, visit our dedicated Covid-19 information page here.

Will I need the Yellow Fever Vaccine or Malaria Pills?

No immunizations are required for travelers entering Costa Rica from the U.S, Europe or Canada.

However, anyone arriving from a country in South America or Africa where Yellow fever is endemic, must show a record of vaccination.

Malaria is not a real threat in Costa Rica, so you do not need to take malaria pills.

Can I safely eat the food?

If you buy fresh fruits at a roadside stand or from a street vendor, wash the fruits before eating them.

Can I drink the water in Costa Rica?

Water is potable in most of the country; however, we recommend that you drink bottled water in remote areas.

Are the Beaches safe in Costa Rica?

Yes. Generally the beaches are safe in Costa Rica. But we recommend you practice the following when visiting beach destinations in Costa Rica, in order to keep yourself and your loved ones out of harms way:

If I need medicine during my trip, can I easily get it?

If you need to purchase medicine while in Costa Rica, pharmacies are always available — even in remote places.

Please note that for some medicines, you need a prescription and they would most likely need to be translated to Spanish.

Pharmacists can usually prescribe medications. In some pharmacies, they either have a doctor on staff or will instruct you on how to reach a clinic.

Will I have access to medical facilities in case of an emergency?

Yes, you will have access. The Costa Rican health care system is one of the best systems in Central America. There are both private and public sector facilities, and are available 24 hours, 365 days of the year.

Some of the most popular hospitals in Costa Rica include:

All of the above hospitals are private. However, most towns have clinics and pharmacies.

What is the currency in Costa Rica?

The currency of Costa Rica is the Costa Rican Colon. Currently, $1 US will purchase around 630 to 650 colones (currency exchange may vary on a daily basis). Each of the hotels and resorts throughout your stay accept major credit cards.

Where can I exchange money?

Even though our official currency is the Colon, US dollars are widely accepted throughout the country. Money can be exchanged at banks or at the exchange booth at the airport.

ATMs are also available to get local currency. ATMs allow you to choose between Colones or US Dollars.

We recommend bringing US dollar bills from $1 to $20, so that you can pay with them and then receive the change in Colones.

Can I use my credit card?

Mastercard and Visa are the most accepted. American Express is accepted at most hotels, restaurants and stores but you may encounter places where they do not accept it. Discover Card is not accepted in Costa Rica.

How much do I tip service workers?

Here are some guidelines to help you with tipping in Costa Rica:

Where are your offices are located?

Due to our high demand of tour services in Central America, we opened operations and sales offices in Costa Rica and Panama.

This means we are also able to offer our signature brand of inspirational, distinctive experiences and high standards of service in these countries. Our sister company in Panama is Panama Trails.

We also have a local branch in Liberia. This way, we can provide the best services to our clients that arrive or depart from Liberia.

How do I contact the in-country Costa Rican Trails Support Team?

At the airport, you’ll have a Meet & Greet with our Tour Manager. He’ll provide his Whatsapp number and is available 24 hours. In addition, when you receive the confirmed itinerary, you will have all the information of our Emergency and Concierge numbers.

What number should I dial in case of Emergency?

For immediate assistance or life threatening situations, Dial 911. In addition, you can always call our Emergency Numbers that will be provided to you upon arrival. These phone numbers are for 24-7 assistance.

Upon arrival at International Airport, our Tour Manager will meet you after exiting the baggage claim area and escort you to meet your driver/guide. The Tour Manager service is an exclusive Costa Rican Trail service that helps ensure that your needs and expectations are satisfied and exceeded.

What you can expect:

Let Us Help You Craft Your Itinerary. 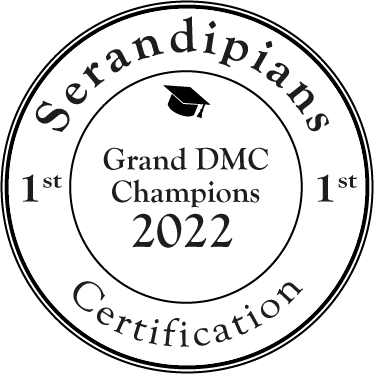 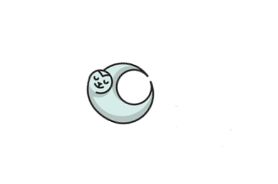